In January of this year, the first news reached Europe of a novel lung disease which was spreading in China, predominantly in the region around the metropolis of Wuhan, which is home to millions of people. That was the start of a pandemic which turned into a global crisis. Whilst lots of countries all over the world still have a wide range of restrictions in place, industrial manufacturing has been started up in China again, including in the Chinese factory which belongs to Rehm Thermal Systems in Dongguan. Johnson Ma, Managing Director of RTS China, reports on the current local situation.

What is the current economic situation in China?
Johnson Ma: The Chinese government took far-reaching measures owing to the COVID-19 outbreak at the beginning of the year: Cities were closed off, production lines and schools were closed, and the citizens were told not to go outside. The economy was severely affected, and economic growth declined. According to the most recent statistics, GDP fell in the first quarter by 9.8 percent compared with the previous quarter. However, as the prevention and containment measures have proved effective, the pandemic has apparently been under control since March, and industries have progressively restarted operations and production. We therefore see that the economy is being revived.

To what extent has life in Dongguan returned to normal?
Ma: The compulsory quarantine measures were lifted in the municipalities at the end of March. Since then, food suppliers, express services and other deliverers have been able to enter the city district as usual, once their body temperature has been taken. Restaurants, bars and other public & commercial spaces were allowed to open only if the measures to restrain the epidemic were adhered to. These include following precise guidelines on ventilation, disinfection, temperature measurement, controlling groups of people, developing personal health management, and other steps. Everyday life in Dongguan is gradually returning to normal.

What have been the consequences of the corona pandemic up to now?
Ma: The WHO raised the status of COVID-19 from an epidemic to a global pandemic. In the fight against this new virus, all countries have paid an immense price which has, in turn, had a disastrous effect on the world economy. In such cases the world needs to come together, and we need to support each other.

What safety measures still need to be followed in the factory at the moment to protect people from the infection?
Ma: Although the spread of the outbreak is under control and the number of infected persons is decreasing strongly, we still continue to follow the prudent approach of strictly implementing protective measures. First of all, the wearing of masks and measuring of body temperature when entering the factory or the office facilities is mandatory. The security and cleaning personnel in the factory also have to wear protective suits. Secondly, the factory and offices are sprayed with disinfectant every morning to disinfect the surrounding area. Furthermore, the employees must disinfect their hands with alcohol and the soles of their shoes with disinfectant before entering the factory premises.

Has the Chinese economy already recovered somewhat?
Ma: There“s no doubt that the epidemic has had considerable consequences for the Chinese economy. According to statistics, the overall profits of industrial businesses were 36.7 percent lower than those of the previous year at national level. As the advance of the epidemic is under control and is slowing, the Chinese government has chosen a conservative approach to reopening the economy. However, the business environment is highly globalised these days, and China“s economy is not independent of the worldwide situation. Losses are hard to estimate, particularly for export-oriented companies.

How was childcare organised in day care centres and schools?
Ma: High schools and secondary schools have been open from mid-April. Most primary schools and kindergartens have been reopened since mid-May. Before the children were able to return to the schools, the government required the schools to train all employees in prevention and control procedures, personal protection and disinfection. Furthermore, schools must be thoroughly cleaned, the surfaces of objects disinfected as a precaution, and all classrooms ventilated with open windows. Disinfectants for hands, masks, gloves and other protective materials have to be available. Furthermore, the school must prepare emergency action plans for the prevention and control of epidemics and appoint persons to be responsible for these.

How have activities such as shopping, visits to the doctor, visits from friends or family members been handled?
Ma: People“s daily lives have more or less returned to normal by now. Labour Day (May 1st), which took place recently, even led to a small highlight for inland tourism. All this is based on the prevention and control of the epidemic. Above all, people have to wear their masks correctly and have their body temperature taken according to the rules, before they enter public areas. All public areas such as workplaces, public transport, shopping centres, hospitals, tourist attractions etc. have enough personnel to implement the prevention and control measures consistently. Thanks to the large-scale development of mobile applications in China, we can take online reservations via mobile telephone, to reduce queues and waiting times. In this way, hospitals, tourist attractions and other institutions can control the flow of visitors at all times. Additionally, outpatient departments for patients with a temperature can be strictly separated from other areas, and the patient arrives via other routes, which reduces the danger of transmission of infection.

Has the outbreak of coronavirus in China had any positive effect?
Ma: This outbreak is a great challenge for all of us – particularly in a country such as China with 1.4 billion inhabitants. The outbreak has also shown, however, that despite the large population, the Chinese government is able to steer the coordination and collaboration between government authorities, state industries and medical institutions (such as the military, police, medicine, transport, communication, the construction industry, etc.). The previous months have also shown the effectiveness of the public social system and of many companies as well as the transparency of many public social institutions and their capability to act. In addition, despite the enormous consequences of the outbreak on the Chinese domestic economy, some industries such as biomedicine, e-commerce, logistics or also infrastructure have experienced further development. 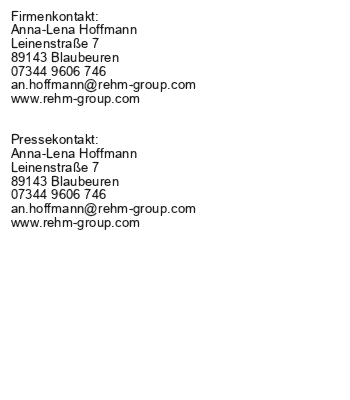